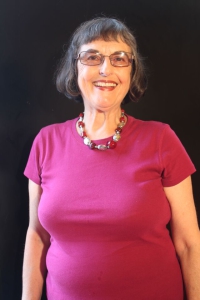 Sylvia Magogo Glasser is the founder of Moving into Dance which she started as a non-racial Dance Company and training organisation in 1978 during the height of apartheid in her garage, and was Director until 2013. She pioneered and taught Afrofusion, Edudance, and Dance Anthropology. In 1992 she started the full-time MIDM Community Dance Teachers Training Course and Outreach into townships. She choreographed extensively and mentored and empowered hundreds of young performers, choreographers, teachers and administrators from disadvantaged backgrounds. Her awards include a Lifetime Achievement from ACT (2004); FNB Vita as “one of South Africa’s national cultural treasures, a remarkable social activist whose exceptional work, in specifically African dance, has changed lives, perceptions and the face of South African dance” (2000); a Knighthood in the Order of Oranje-Nassau by the King of the Netherlands for “her contribution to democracy during and after apartheid, especially her commitment to the training of young dancers of all races” (2015). 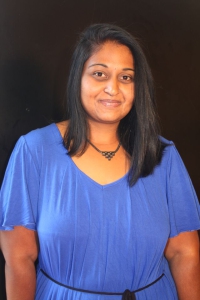 Having matriculated from Ladysmith Secondary School in 1994, Bernadia Virasamy has a Masters Degree in Arts, Culture and Heritage Management from Wits University and Bachelor’s degree in Social Science with Honours from UKZN majoring in Sociology and Industrial Psychology. She began her career in academia at various universities including UKZN and Wits. In 2005 she began at Moving into Dance Mophatong as Director of Education for eight years and currently serves the position of CEO/Director of Education. She recently co-authored three Arts and Culture Textbooks commissioned by Cambridge University Press. She serves on the board of the Newtown Improvement District and Poetso Music Project; an NGO working with the rehabilitation of prisoners through music. She is currently among the top three finalists for the Business Women’s Association Awards in the category of Social Entrepreneur and among the top five finalists for the Standard Bank Rising Star Awards in the category of Hospitality, Tourism and Leisure. 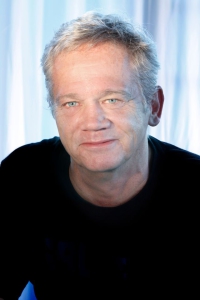 Joined Moving into Dance Mophatong in 2014 as the new artistic advisor. Now Director, Hawkins has an impressive CV notched up over the past 30 years. It is testimony to his versatility and diverse skills, which see him seamlessly working as choreographer, director, performer, collaborator, teacher, producer, consultant and artistic advisor. With maverick ability Hawkins produces and originates work of excellence and integrity. Sensitive to the history of MID and the imperative to build on the extraordinary legacy of Sylvia Glasser, Hawkins looks forward to focusing the artistic direction of this immensely important dance company by actively identifying new opportunities for growth and performance possibilities locally, nationally, within the SADC region and of course internationally. Hawkins’s indefatigable energy ensures delivery that far exceeds expectations.

Learn How You Can Help